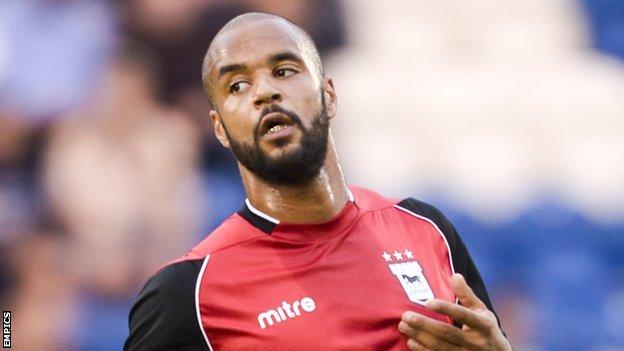 Ipswich Town striker David McGoldrick insists has no doubts about his goalscoring ability after failing to break his duck so far this season.

The 25-year-old netted four in 14 games for Town last season and matched that total during pre-season.

"It has only been two starts and there are a lot of strikers that haven't scored so far," McGoldrick told BBC Radio Suffolk.

"I've got no confidence issues at all," added the ex-Nottingham Forest forward.

"My performance was alright on Saturday [against Millwall] but I've just got to keep it up, as there will be a striker champing at the bit to take my place."

McGoldrick spent the early part of last season on loan at Coventry, where he found the net 17 times, before finishing the campaign with Town and

He has started alongside Daryl Murphy in both Championship matches so far, but knows the pair need to start scoring to stay in the side.

"Frank Nouble and Paul Taylor are both looking sharp in training. If they keep doing that then the gaffer will have to throw them in, so it's up to me and Murph to produce," he said.

"I'm not a man to give myself a target for goals. I know I'll get goals, so I've just got to keep playing well."

He added: "As a striker I got told that as long as you're getting the chances then don't worry, as it's when you're not that it's time to start worrying."