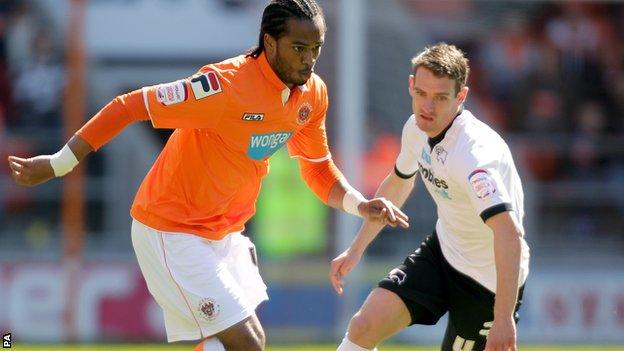 Blackpool have signed Nathan Delfouneso on a six-month loan from Aston Villa.

England Under-21 international Delfouneso has struggled to break into the Villa first-team since being loaned out to Burnley in March 2011.

Since then he has played just seven Premier League games and also had a brief loan spell at Leicester City.

He is available for the Tangerines' trip to Middlesbrough on Saturday, as they aim to make it three wins from three in the Championship.

It related to comments he made about the referee following Blackpool's League Cup defeat by Preston earlier this month.

An FA statement read: "Following an Independent Regulatory Commission hearing today, Paul Ince admitted an FA charge that he called into question the integrity of the match referee and/or implied that the match referee was motivated by bias; and/or brought the game into disrepute."