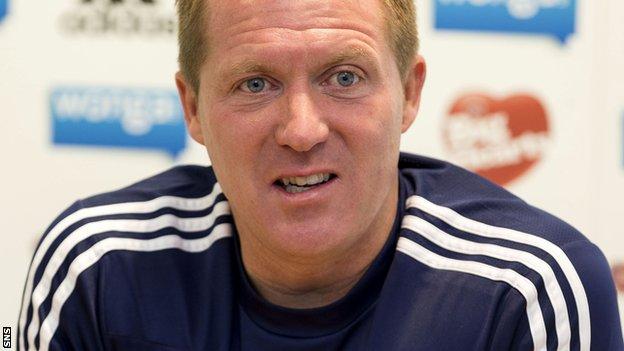 Gary Locke has challenged his administration-hit Hearts squad to further eat into their -12 points total.

Hearts face a Partick side on Friday that has taken four points from six in an impressive start to the campaign.

"We've got to try to dig into the -12 points and the Partick game is another opportunity," said Locke.

Acknowledging that the Glasgow outfit are "flying at the moment" Locke said a sizeable away support will help his Hearts side at Firhill.

"The fans have been incredible and the way they're backing the club is humbling," he added.

"Sunday was a huge plus for us and, as I touched on after the game, it was important we got three points early in the season.

"I've seen Partick a couple of times and they've been fantastic. They've got really good attacking players and I think they'll do really well this season.

"It's going to be a tough test for us; I was at Firhill for their game against Dundee United, the place was packed and it was a great atmosphere.

"I'm hoping for more of the same (tonight) and that we can get three points."