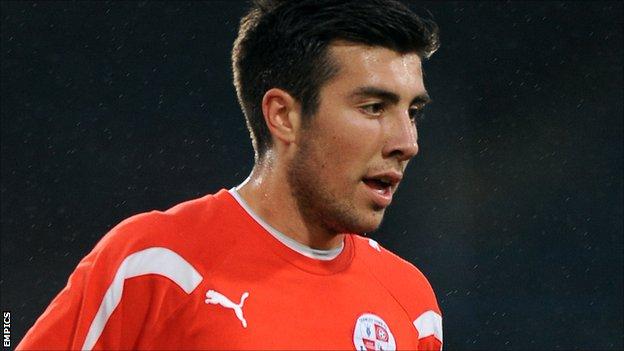 Wales Under-21 international Doughty has made one first-team appearance for his parent club, against Blackburn in the FA Cup in January 2011.

"This is a very progressive club," Doughty told the Stevenage website.

"I think it's a club that can really push forward this season and aim for the playoffs and promotion.

"Personally I want to nail down a starting place and play as many games as I can. If we can pick up as many points in that time then I'll be delighted."