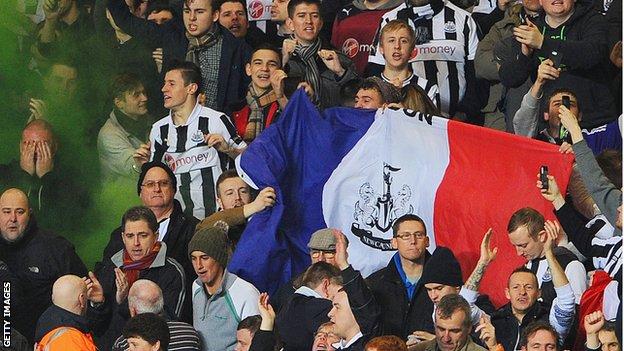 Shearer is worried it could have a negative impact if things went against Pardew's side.

"I don't think it's a healthy thing to have too many French players in one dressing room," Shearer told BBC Radio 5 live.

Newcastle finished fifth from bottom in the Premier League table last season and start the 2013-14 campaign away to Manchester City on Monday.

"If things start to go against you then little cliques appear [in the dressing room]," added Shearer, who scored 206 goals in 404 games during a 10-year spell at Newcastle before managing the club for eight games in 2009.

"I know Arsenal had a lot of French players and went on to be successful. But I don't see Newcastle being that successful."

Despite his comments, Shearer is tipping his old club to enjoy a better season than in 2012-13 when they finished 16th.

"Two years ago Newcastle overachieved without doubt by finishing fifth," he said.

"Last season they underachieved by finishing fifth bottom. If the truth be known, they're somewhere in between.

"At the minute I would have them finishing 11th or 12th."