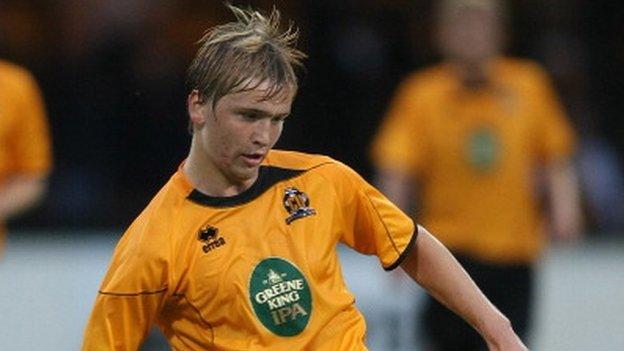 Cambridge United stayed top of the Conference Premier with a hard-fought victory over Lincoln City.

Luke Berry struck the game's decisive goal four minutes before half-time with a thumping right-footed finish from inside the penalty area.

The visitors pressed for an equaliser with Danny Rowe going close in the 78th minute with a fierce drive.

Imps skipper Alan Power was sent off in added time for a high tackle on Greg Taylor as the U's held on.

"I thought we acquitted ourselves quite well. There's never a nice way of losing but we certainly didn't go down without a fight. I thought at times we played some decent stuff and created some opportunities and on another day we might have got one.

"We worked on a gameplan because we knew they were big and we might have to get down the side to cause them a problem and I think we did that.

"They were always dangerous, don't get me wrong, they're a good team and it's a case of now that we've been beaten, how we react to that, but we've shown today that there's no need to be afraid of teams like them."