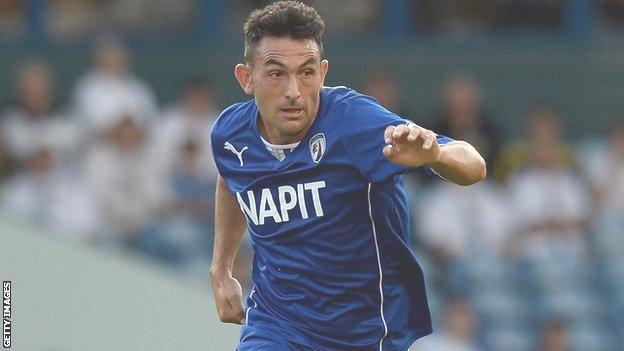 Gnanduillet headed home in a hectic finish which saw Luke Prosser twice denied from a corner at the other end.

Chesterfield had the better chances in the first half and eventually went in front when Conor Clifford fouled Gary Roberts, who curled home the free-kick.

Freddy Eastwood levelled from Kevan Hurst's pass, but it was not enough as Gnanduillet eluded his marker to score.

The victory lifted them up to second in the table behind Oxford United, while Southend slipped two places to fourth.

"We didn't play well today, we must give great credit to Southend because I thought they were excellent.

"Certainly in the latter stages of the game I thought they were the team that looked more likely to win the game.

"Football's a funny game, you must give credit to the opposition. They scored a good equaliser, it was a fantastic finish and at that point I would have been happy to see the game end 1-1.

"We looked lethargic today and I don't know where it came from."