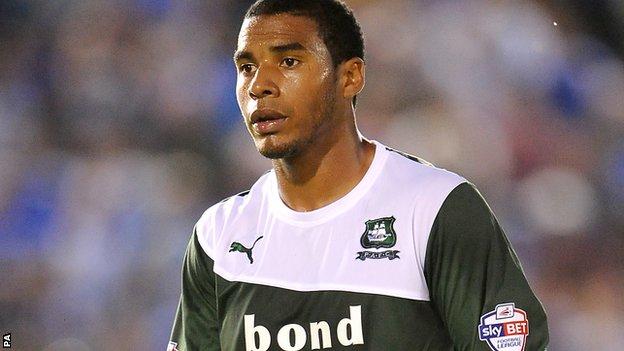 Reuben Reid's first goal of the season was enough to clinch Plymouth's first home win of the campaign.

Reid, who had an earlier effort ruled out for a foul, struck from the penalty spot on 25 minutes after Dale keeper Josh Lillis brought down Marvin Morgan.

The outstanding Conor Hourihane hit the bar from distance for Argyle, with the visitors restricted to hopeful efforts.

Rochdale were much improved after the break, with Matt Lund and Bastien Hery going close, but the home side held on.

"It's always a good habit not to concede and end up winning the game. It can only breed a bit of confidence into the players.

"It was a game of two halves but it should never have got to that. We played really well first half, we were on the front foot, caused them lots of problems and should have had the game sewed up.

"When it's 1-0 a team like Rochdale, who are very confident in the way they pass the ball still believe they've got a chance and they came back into it second half.

"Full credit to them, but I thought we just took our foot off the pedal."