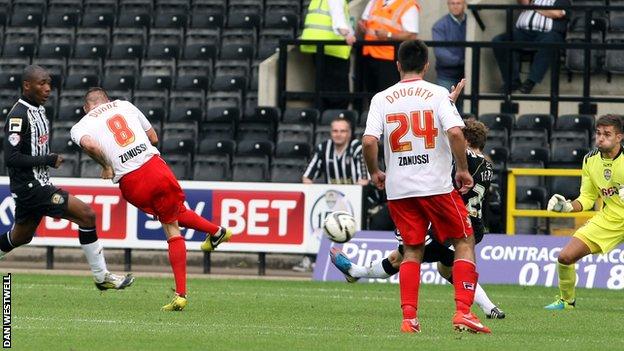 James Dunne's injury-time goal gave Stevenage their first points of the season at the expense of Notts County.

Boro had lost their first three league matches of the season, but won it when Dunne finished from close range after good work from Robin Shroot.

Striker Shroot looked lively throughout and came close to breaking the deadlock when he forced two saves from home keeper Bartosz Bialkowski.

The hosts hardly threatened and have just one point from four games.

"We won't get carried away with winning in the sense that we know it was a weakened side from their point of view.

"We put in a solid away performance, we made it our business to grind it out.

"I thought we were solid and strong, it was a typical Stevenage performance away from home.