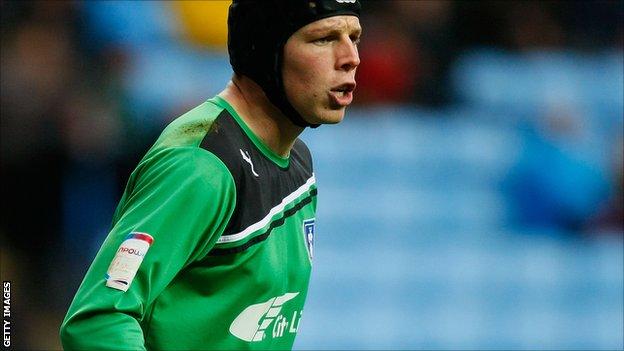 Yeovil have completed the signings of keepers Chris Dunn and Sam Johnstone.

The Glovers were forced to put a loan move for Wolves' Wayne Hennessey on hold after he tweaked a hamstring.

Yeovil were in the market for another keeper after first-choice Marek Stech broke his hand during Saturday's 1-0 defeat by Birmingham.

Dunn, 25, was released by Coventry on Friday, while 20-year-old Johnstone arrives on a three-month loan from Manchester United.

Johnstone finished last season out on loan with League One side Walsall, keeping a clean sheet in his first three matches, including a 0-0 draw against Yeovil at Huish Park.