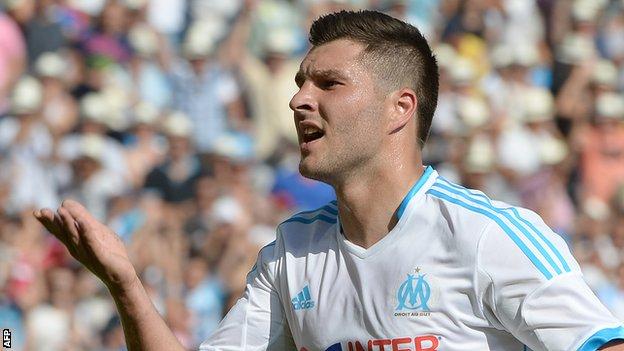 An early Andre-Pierre Gignac goal helped Marseille to a 2-0 home win over Evian on Saturday, making it two victories out of two at the start of the Ligue 1 season.

France striker Gignac raced onto a through ball to fire home on 16 minutes for his second goal of the campaign.

Marseille are unbeaten in their last nine home games in Ligue 1, with seven wins and two draws.

Evian were denied by goalkeeper Steve Mandanda as they wait for a first win.

Payet, who signed from Lille this summer, has enjoyed a good start to life at Marseille having scored twice in last week's 3-1 win at Guingamp.

Marseille are second in the table, behind Lyon, who delivered an impressive attacking performance to win 3-1 at Sochaux on Friday.