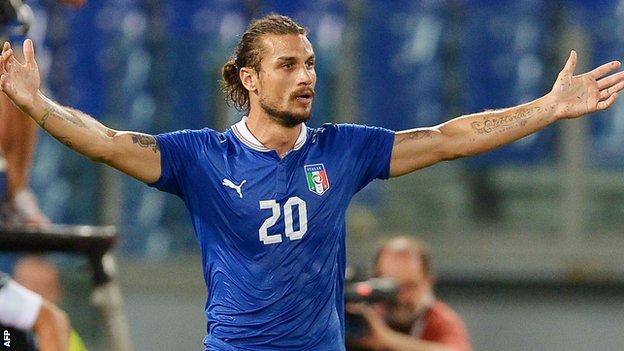 Southampton have signed Italy striker Pablo Daniel Osvaldo from Roma for a club-record fee of around £15m.

In signing a four-year deal at St Mary's, the 27-year-old becomes Saints' second record signing of the transfer window after the £12.5m paid to Celtic for Victor Wanyama.

Osvaldo, who played under Saints boss Mauricio Pochettino at Espanyol, has won nine caps for Italy.

Born in Argentina, Osvaldo began his professional career with Huracan in his homeland before joining Italian side Atalanta in 2006.

He also had spells with Lecce, Fiorentina and Bologna.