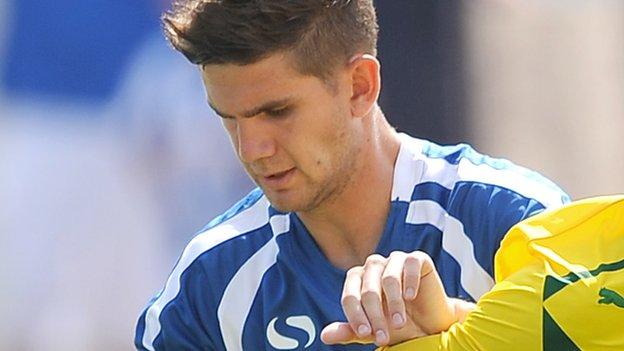 James Armson capped a frantic finale at Liberty Way with an injury-time winner for Nuneaton against Kidderminster.

But Boro made Harriers pay for missed chances, equalising through Louis Moult on 83 minutes following a breakaway.

And, when Harriers skipper Kyle Storer was harshly adjudged to have conceded a penalty for handball, after Armson's spot-kick was saved by Danny Lewis, the Boro midfielder bundled in the rebound.

"We worked so hard I don't think anyone would begrudge us a bit of fortune.

"The shot did look goalbound. The referee was right next to it and has been bold and given it.

"Looking at the whole game it was fairly even. We tried to force the issue second half but probably a draw would have been a fair result."

"A lot's gone on today. You seem to witness something new every week. I don't know. I'm just bemused by the decision.

"We should perhaps have increased the lead but we just didn't find that energy in the second half to kick on and win.

"We're disappointed with the way it's ended up today but you just have to try and get on with it. We'll try and bounce back from this and work on the visit of Luton on Saturday."