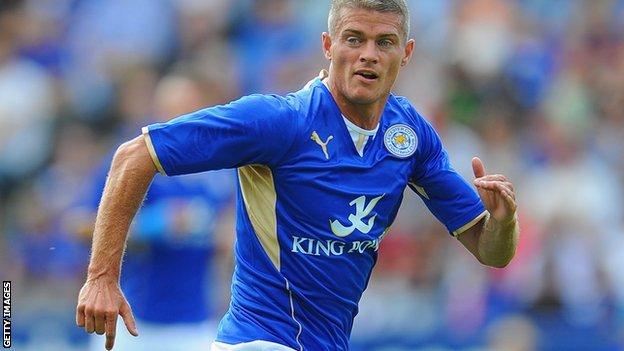 Leicester City manager Nigel Pearson has confirmed that left-back Paul Konchesky is on the verge of leaving the King Power Stadium.

The 32-year-old was left out of the squad for Saturday's win at Derby.

In recent weeks, the former England international has been linked with a move to Queens Park Rangers.

"I thought it was in the best interests of the player and ourselves that he was omitted from the squad," Pearson told BBC Radio Leicester.

"There has been speculation about potential moves away, but I can say he is still our player and I will speak to Paul again on Monday."

Konchesky, who joined City from Liverpool in 2011, started the opening two Championship games for the Foxes before being left out of the East Midlands derby at Pride Park.