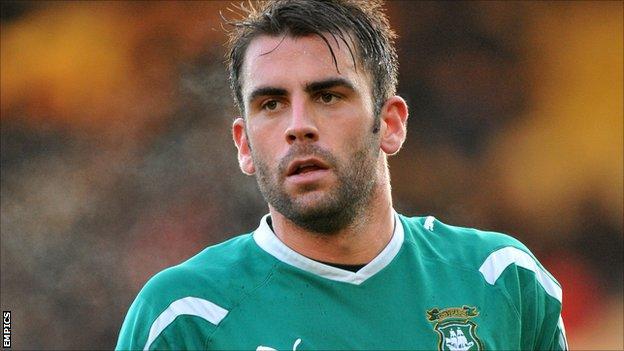 Hartlepool United boss Colin Cooper has said enjoyment is key to bringing the best out of midfielder Simon Walton.

Walton, 25, has had a mixed 12 months since signing from Plymouth in July 2012, scoring once in 40 appearances.

He was jeered by supporters in spells last season but was serenaded by Pools' travelling support at York on Saturday.

After starting his career at Leeds, Walton has had spells with Charlton, Ipswich, Cardiff, QPR, Hull, Plymouth, Blackpool, Crewe and Sheffield United before joining Hartlepool

"We've had a lot of conversations this summer about how and where he sees himself."

The Leeds-born playmaker has enjoyed a nomadic career since signing professional terms at his hometown club, playing 218 games for 11 clubs in nine years.

Meanwhile, Cooper praised teenage midfielder Brad Walker after he made his fourth senior appearance for the club

Walker, 18, was signed following his release by Middlesbrough and has been working with the first-team squad after impressing the management team in pre-season.

"He's had all the pats on the back and rightly so and what he did on Saturday for the first time was put in a fantastic disciplined display for the first 60-65 minutes," said Cooper.

"Then he decided he had a bit of energy left that he wanted to go and use, and went on two or three counter attacks.

"He's an exciting prospect, he did a disciplined job for a young boy and to break off the back of that and spring attacks just shows what he's capable of."