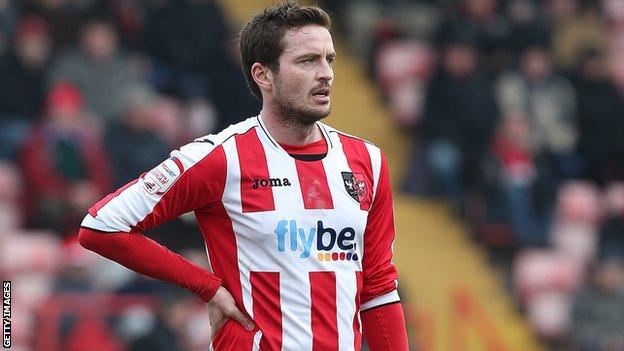 The vastly experienced Oakley, 36, combined well with 18-year-old debutant Grimes as the Grecians continued their impressive start to the season.

"It was an exceptional performance from both of them," he told BBC Radio Devon.

I enjoyed watching us play

"Matt Grimes played like someone who's played for years and he had a proper player in Matt Oakley alongside him."

Former Southampton, Derby and Leicester player Oakley was back in the side after injury.

"Matt Oakley was unbelievable in his first 90 minutes for six months," said Tisdale.

"They played really well together and they really made it happen. It enabled us to keep our wide players wider and the strikers could stay closer together.

"They were a revelation playing together for the first time."

Oakley signed a new one-year deal in the summer, while Grimes is only just embarking on his career after coming through Exeter's academy.

"It's great to have another player through the youth set-up and who's good enough for the first team," added Tisdale.

Tisdale was delighted with his team's performance as they secured their second win of the season after a brace from striker John O'Flynn.

"I'd have liked to have scored another to kill it off but I'm really pleased with the way we played. I enjoyed watching us play."