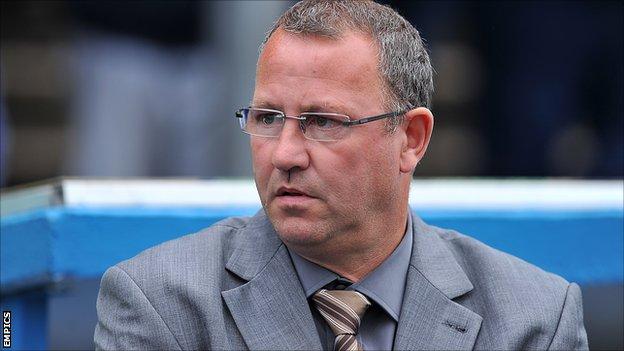 The Cumbrians have lost all three of their League One games, conceding a total of 13 goals with only one scored.

Only Coventry's 10-point deduction, now down to minus four, keeps United off the foot of the table with Stevenage possessing a better goal difference.

"I have never been quite as low as I have been here. I didn't get relegated many times in my career but if we continue like that we will be."

Amid the gloom of a poor start to the league campaign, Abbott's side pulled off a cup upset in eliminating Championship side Blackburn Rovers from the Capital One Cup.

The emergence of young players such as 17-year-old Patrick Brough and Jack Lynch has been another bright spot, while the suspended Lee Miller and injured Matty Robson are also in the wings waiting to return.

"Get everybody back and the confidence levels lifted, there is a different team in there I am telling you," Abbott added.

"I know at the minute it might seem desperate but there is a different team in there underneath that.

"We have proved it and we have shown it and we think we have added to it."