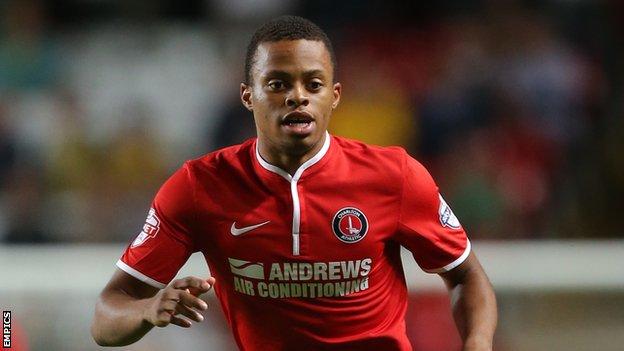 The 19-year-old helped the Addicks recover from 2-0 down to earn a 2-2 draw at Barnsley on Saturday after coming on as a half-time substitute.

"I was surprised to get on the bench. When I was told I was coming on it was a big shock to me.

"It is superb and a dream come true. I will remember this day for the rest of my life," he told BBC London 94.9.

"I have been pushing hard in pre-season but to get in and score is a bonus. But it is just one goal. I need to keep on going."

Cousins, who was named as League One Apprentice of the Year in 2012, was making only his second senior appearance for the Championship club.

"The gaffer [Chris Powell] asked me to go on and do what I was good at," he said.

"My teammates are a big help. Mark Gower, in the middle with me, was superb. He kept talking to me and gave me confidence."