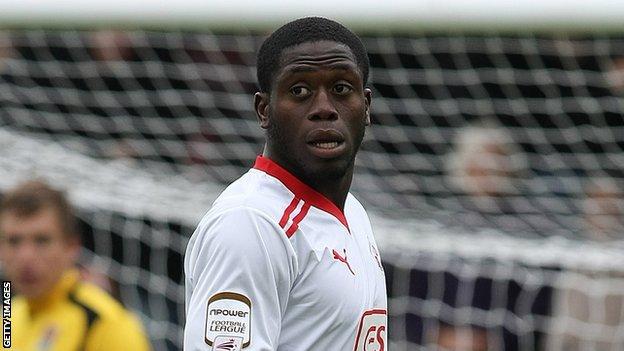 Boss Nicky Law says John Akinde has more to offer than just goals after the striker opened his Alferton account with a hat-trick against Salisbury.

The 24-year-old helped the hosts come from behind to win their second Conference Premier game in four days.

And it was the summer signing's efforts against Kidderminster earlier in the week that Law was more impressed with.

"If anything he was less effective than he was on Tuesday, but ended up scoring three goals," Law told BBC Radio Derby.

"And if he got his head on the one in the first half, then he could have had four.

"I'm pleased with him, and for him, but still his performance against Kidderminster was more effective."

Law said the former Portsmouth player's arrival at the Impact Arena has been key to the Reds' strong start to the season.

"We have lacked a presence in the past and John has come in and proved that," Law said.

"If you look at the league table we are plus two goals, and I don't think we were that at any time last year."