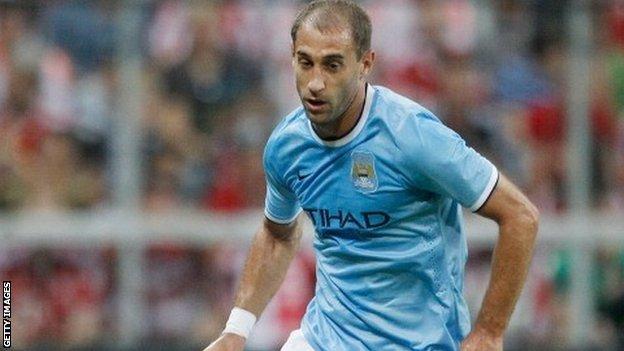 The 28-year-old right-back was voted the club's player of the year last season and the new deal will keep him at Etihad Stadium until 2017.

"I have been here five years and it feels like home," said Zabaleta, who was signed by Mark Hughes in 2008.

"I think we have got a great squad, fantastic players and hopefully we can win something this year," he added.

Zabaleta, who has played 31 times for his country, captained City between January and March of last season when club captain Vincent Kompany was injured.

He played 22 times during the 2011-12 campaign when City secured their first top-flight title in 44 years, and scored the opening goal as they beat Queens Park Rangers 3-2 on the decisive final day of the season.

"I feel great here, I like the Premiership, and I think Manchester City are one of the clubs looking for success in the future," added Zabaleta.

"It is a club that is very well-organised and when you see that everything works well you want to be here."