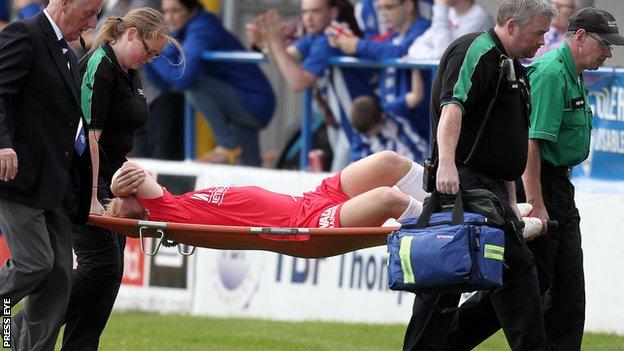 Portadown defender Ross Redman is expected to miss most of the season after suffering a serious knee injury.

The left-sided attacking full-back was carried off on a stretcher during last Saturday's 2-2 Irish Premiership draw away to Coleraine.

On Monday 23-year-old Redman revealed he had sustained a cruciate ligament injury which would keep him out for six to nine months.

It is a blow for Portadown as Redman is rated as one of their best players.

A club spokesman said: "Everyone at Shamrock Park wishes Ross well with his recovery and we hope to see him back in his number three shirt as soon as possible."

The match at Coleraine was only the second of the season, Ronnie McFall's men having started the league campaign with a 1-1 draw at home to Linfield.