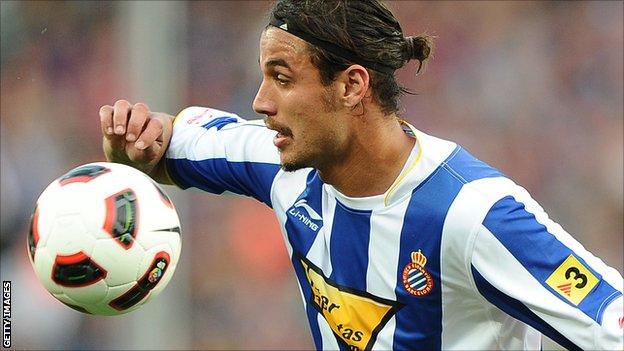 Southampton's record signing Daniel Osvaldo says the chance to work with Mauricio Pochettino again is the reason he ignored interest from other clubs.

The Argentina-born Italy international, 27, who played under Pochettino for 18 months at Espanyol,

"He's a great motivator and for me it's very important to work with people who appreciate and respect how I work."

Osvaldo, who has won nine caps for Italy, scored 16 goals in Serie A last year was linked with several clubs in the summer, including Tottenham, Benfica and Inter Milan, and admitted to having a long-held desire to play in the Premier League.

But he says Southampton showed the most desire for his signature and that helped sway his decision, with the former Roma man taking Southampton's summer spending over the £30m mark, following earlier deals for midfielder Victor Wanyama and defender Dejan Lovren.

Osvaldo, who has a chequered history including bust-ups with team mates, admitted he was "no angel" but generally a "nice person" and was keen to relaunch his career in England and rebuild his reputation.

"I consider myself a very calm person and am very relaxed," he said "There have been a lot of untrue stories in the media, some were true but they were exaggerated.

"Other things happened in the dressing room that did not come out and should have been sorted there but were leaked.

"It's clear I'm no angel but I am not a bad person so I think in many instances all the problems were blamed on me and that was unfair."