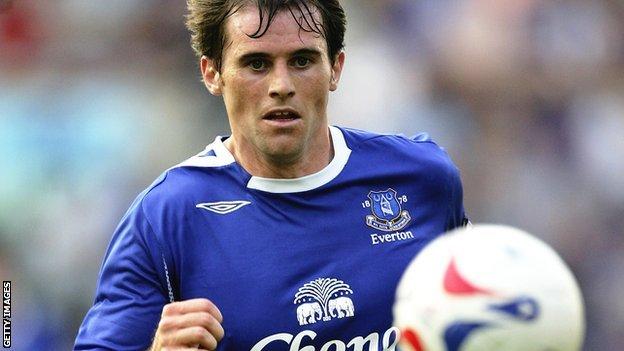 In the first of a new series of columns for BBC Sport, Kevin Kilbane explains the risks clubs take in order to squeeze through deals on transfer deadline day.

When the transfer window was introduced for the 2002-03 season, I don't think anyone could have imagined the effect it would have on the football calendar.

With deadline day looming, the pressure is increasing on managers and their respective clubs to get the players they've targeted at their clubs quickly.

Even at the very top of the Premier League we see the likes of Arsenal and Manchester United both being involved in negotiations to seal big money transfers at the very last minute of the window.

I moved twice on deadline day. The first of these came when I went from Sunderland to Everton in September 2003. The whole move was pretty stressful because it was on and off a few times.

Mick McCarthy, then the Sunderland manager, rang me the day before the deadline to tell me of an offer made by David Moyes, who was then in charge at Everton. Mick told me that the transfer was highly unlikely as it was too late for him to act and get replacements, but he knew I wanted to move.

I convinced myself it wouldn't happen until the following afternoon when Mick told me that the deal was back on. With the window due to close at 5pm, time was running out to complete the deal but it was possible to sign the necessary paperwork from Sunderland's training ground, which was only 10 miles from my house at the time.

I jumped straight into the car and drove there, where I met the club's secretary. On the way I talked to my agent on the phone (hands-free of course). He was already at Everton completing another deal.

When I arrived there was not enough time to really look through the contract properly so I had no time to make sure it was fully to my liking. Finally, with only a few minutes to spare, the signed papers were faxed off to the Football Association to beat the deadline. That's how tight it gets. Deals are made with seconds to spare.

Deadline day generates a huge buzz with players, managers and fans alike all on tenterhooks to see who goes where. That's why we love it.

After a summer of frenzied speculation, big-money moves, surprise transfer requests and unsuccessful bids, the transfer window in England finally closes at 23:00 BST on Monday, 2 September.

There are risks on both sides when completing a deal so late in the day - and Everton certainly took a chance as I couldn't complete a medical before signing. They used my medical records to make sure all was OK and thankfully it worked out well for both parties.

My second move on deadline day took place on 31 August 2006 and happened during an international break. It was less dramatic than my move to Everton but this time it was totally unexpected.

I was in Dublin preparing for an international match away to Germany. I had a call from Moyes to say Everton had accepted a bid from Wigan. He said that although he didn't want to sell me he was duty bound to tell me that the board had accepted the bid.

Once the bid was accepted I felt my days with Everton were numbered and I owed it to Wigan to speak with them. I then had to leave the Irish squad and travel to Wigan. I met Paul Jewell and everything was sorted pretty quickly. Then, I had to make the long journey back to Stuttgart to link back up with the Ireland squad.

It is fair to say that Republic of Ireland manager Steve Staunton wasn't happy with the disruption it caused.

I totally understand why clubs wait to strike these deals because of the various components that go into them, with clubs and agents wanting to get the best possible deal for their respective parties.

On the flip side, this can lead to deals failing and players left in limbo as they could have put themselves out of favour for seeking a move, or feel unwanted as a club was prepared to move them on.

Either way they could end up surplus to requirements or find themselves playing reserve-team football with a long wait until the transfer window reopens, and even then they might not have the options they once had.

In some cases the media have knowledge of a transfer even before some of the players involved in the deals themselves.

This very thing happened to me while I was playing for Wigan in 2009. The January transfer window had just opened when I read of an offer from Hull City in a national newspaper.

I had only a few months left on my deal with no sign of a contract extension forthcoming. I still didn't really take much notice as I've read various articles throughout my career of so-called moves regarding myself or various other players at my clubs that invariably came to nothing.

Some may even have been placed by agents, clubs or even players trying to speed up contract negotiations or trying to push through a move to a club that may not have even be mentioned in the articles.

However, some of these articles are quite accurate, and my move to Hull City was sealed not long after. Although I still don't know where the initial story came from, it shows that clubs and/or agents are willing to use the media to get what they want.

My move to Hull isn't in the same league as the big transfers such as Tottenham winger Gareth Bale's impending move to Real Madrid, but again it shows the media often have an inside track to the deals and are often given information by one of the parties involved to speed up or slow the process depending on the agenda they have.

One thing is for certain - with so many complexities involved in every transfer these days, very little goes to plan.