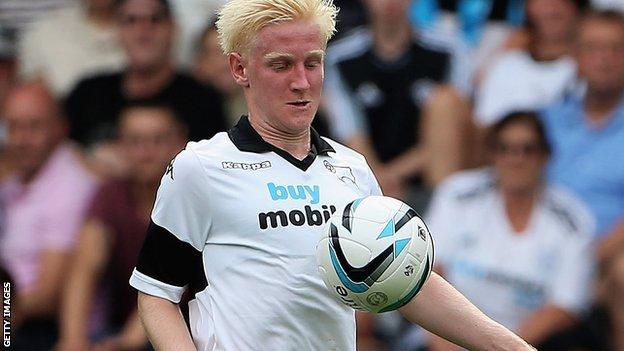 Derby County eased into round three of the Capital One Cup with strikers Chris Martin and Conor Sammon both scoring twice in a win over Brentford.

The pair scored one apiece, before Will Hughes rounded off a flowing move to secure a three goal lead at the break.

Sammon scored his second as League One side Brentford, boasting 10 changes, struggled to respond.

Martin struck again on 77 minutes before narrowly missing out on a hat-trick when he shot wide late on.