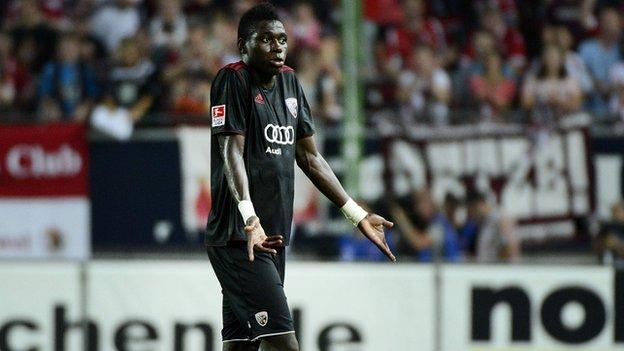 Germany's Football Association (DFB) began an investigation on Monday after an Under-21 international was the target of alleged racist chants in a second-tier match over the weekend.

"We can confirm an investigation has been launched regarding an incident in the game between 1860 Munich and Ingolstadt," DFB deputy general secretary Stefan Hans said in a statement.

German-born Danny da Costa, whose mother is from Congo and father is from Angola, said 1860 fans aimed repeated monkey chants and racist slurs at him, forcing the referee to briefly interrupt Sunday's game.

The Munich club said they had identified one fan who was verbally abusing the player and would ban him from their ground.

"One case like that is one too many," said 1860 chief executive Robert Schaefer.

Da Costa made his Germany Under-21 debut on Tuesday. He has also played for the Under-17 and Under-20 teams.