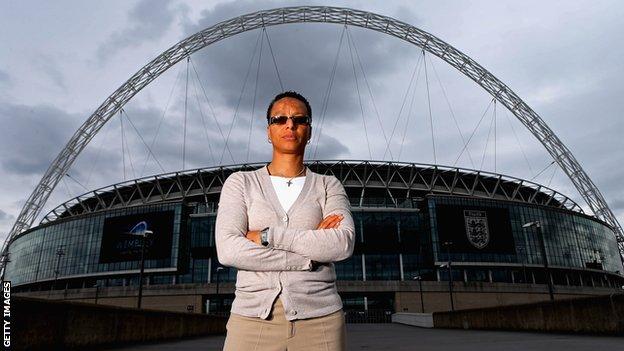 There is no doubt that when news spread of Hope Powell leaving the Football Association after 15 years in charge of the England women's team there will have been delight as well as sadness.

As a manager, Powell readily admits she is "not easy" to deal with.

Privately, many players will endorse that view and given her unrivalled spell in charge, there are several who have fallen out with or not been selected by Powell who will now hope they can work their way into the England reckoning.

According to some players, unrest in the England camp is nothing new but it reached a peak during the team's abject showing at the European Championship in Sweden, where they finished bottom of their group.

The England coach was criticised for picking players who were injured or out of form and lacklustre performances marked a tipping point in Powell's reign, with the FA subsequently deciding it was time for a change. Having reached the Euro 2009 final, Sweden represented England's worst European showing since 2001.

Although Euro 2013 marked a low point, it is important to recognise Powell's overall contribution since she took the England's manager's role in 1998. It is no over-statement to say that the 47-year-old has been a pioneer.

In her time at the FA, she has helped oversee a revolution in women's football, dragging it from an amateur sport to one that is semi-professional, has a five-year game plan and is set to expand further next summer via the newly two-tiered Women's Super League (WSL).

Add to that her accomplishments with England; leading the senior team to the Euro 2009 final, two World Cup quarter-finals and a record high sixth in Fifa's rankings, all while helping to re-shape the England youth structure through national centres of excellence.

In short, she has created an inter-linked system between England and the clubs that the men's game can only dream about.

Chelsea Ladies boss Emma Hayes, who has also worked at Arsenal Ladies, told BBC Sport: "You cannot underestimate how much work Hope has done behind the scenes.

"She has fought in boardrooms to secure a future for women's football in this country but I think she has almost become a victim of her own success. She has driven for more and more for the players and the set-up and the result of that is expectations are greater.

"Making a European Championship final was a high point for her but the players want a new direction and the timing is right considering it is the start of a new World Cup qualifying campaign in September."

Powell's longevity as England manager has created its own internal problems. While she became the first women to earn a Uefa Pro Licence, it also means that a whole generation of players have become accustomed to or, perhaps, over-accustomed to her methods. Some players say this has led to an unhappy camp with too much concentration on defending.

Any coach can be accused of favouring certain players over others, too, but when you are England's longest-serving manager it offers little encouragement to those left out.

Those who have fallen out with Powell, such as striker Lianne Sanderson, can be cast into the wilderness with no route back. Sanderson was a prolific goalscorer with Arsenal but quit England aged 22 after she felt she was treated unfairly. Powell said she "would not beg anyone to play for England".

Sanderson, who now plays in the United States, said: "It was more about personal reasons and I just felt as long as Hope was in charge I was never going to get the opportunity that I deserved and I didn't really feel like I was appreciated in that environment. I feel like there's a lot of players who feel that way.

"I think it was that kind of environment where you're not allowed to have much of an opinion."

These sorts of issues can bubble below the surface if the team is winning and reaching the last eight of major tournaments, as it has done recently. But the way the team were eliminated from Euro 2013 at the group stage brought the pot to the boil, just at a time when FA director of elite development Dan Ashworth has been looking to improve the organisation of elite teams.

He arrived in Sweden to cast his eye over England's displays, witnessing what skipper Casey Stoney called "our worst performance" at a major tournament. It was hardly helped when FA director of development Sir Trevor Brooking questioned why some of the younger players such as Jordan Nobbs or Toni Duggan were not being used.

So now seems the perfect time for what the FA calls a "fresh outlook".

Londoner Powell, who earned 66 caps playing in midfield for her country, could be described as the matriarch of women's football in England. During her time there were few players or even FA colleagues who would cross her, but there are several accounts of how she has been firm but fair.

In press conferences newcomers sometimes describe her as "spiky" - team news questions are often given short shrift - but in one-on-one interviews she is intelligent, thoughtful and retains a wicked sense of humour.

Stoney, who was left out of the team at the 2005 European Championship, describes her as "ruthless" but then also says she has so much to thank Powell for after appointing her captain once Faye White retired after the 2011 World Cup.

England winger Rachel Yankey was also dropped from the Euro 2009 squad but went on to set a new appearance record, surpassing England men's goalkeeper Peter Shilton, while record goalscorer Kelly Smith said in her autobiography she was indebted to Powell for helping her through her alcoholism.

"My relationship with Hope was probably a bit strained at that time," said Stoney on failing to play at Euro 2005. "I was probably a little bit on the wild side and she gave me more than one opportunity to get myself sorted.

"I don't know whether she knew that by not playing me she would get a reaction. If she did it was clever management, but she stuck by me in times when she didn't need to.

"She has been that way for 15 years. You knew that she doesn't make any apologies when she drops you and I'm not sure she can afford to in that position."

Attentions now turn to the 2015 World Cup in Canada, with England's first two qualifiers on 21 and 26 September leaving little time for the FA to recruit Powell's replacement. Ashworth has already stated he is open to recruiting a figure from the men's game.

It is understood there could be a temporary coach in charge for those games, perhaps allowing England Under-19s coach Mo Marley an audition, given that she is already tipped for the role.

Canada coach John Herdman, who comes from the north east of England, impressed by taking his side to a bronze medal at the London Olympics - but the lure of England will have to surpass coaching a host country at a World Cup.

Former Arsenal boss Laura Harvey, who now coaches in the United States in Seattle, Chelsea boss Hayes and Liverpool Ladies coach Matt Beard will be other names in the frame.

Beard said: "Whoever comes in has got an exciting job. Domestically, there are some great players and it is only going to get better with the second tier of the WSL starting next season. You also have a good blend in the team with some of the Under-19s squad coming through."

No matter who the FA chooses, and they still have to appoint an under-21 men's manager, it's unlikely they will last as long or have as great an influence as the groundbreaking Powell.