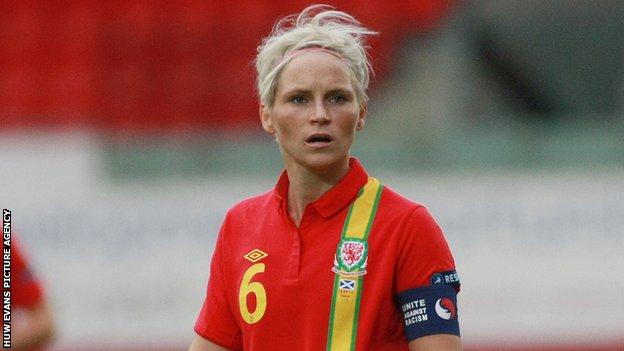 Glasgow City have signed Jess Fishlock on loan from US side Seattle Reign until the end of the season.

The Wales captain will be available for City's upcoming domestic and European matches.

"I look forward to joining Glasgow City for the remainder of the season, I believe it's a perfect fit for both myself and the club," said Fishlock

"I want to do all I can to help the club with both their domestic season and their Champions League campaign."

Fishlock has recently finished her first season with professional side Reign, taking to the field in all but one of their matches.

Subject to international clearance, she will go straight into City's Scottish Women's Premier League squad and joins the Scottish champions for their

City will learn their opponents when the draw is made at Uefa headquarters in Nyon on 5 September.

Glasgow head coach Eddie Wolecki Black said: "This signing is significant, not only for the club but also the country.

"We have not been in a position of being a worldwide brand, we have had to earn the right to be regarded as an ambitious and upcoming club.

"Whilst we continue to set new records at home, our aim is to make progress on the European stage and the signing of Jess highlights this.

"She will bring experience, versatility, pace and intelligence to the team and most importantly will raise the standard of the players around her. That's what top players do, they make good players better players both on and off the park."

And Fishlock added: "Glasgow City is a club that is going to continue to grow to the heights of the women's game and I am excited to be able to play a part in that."