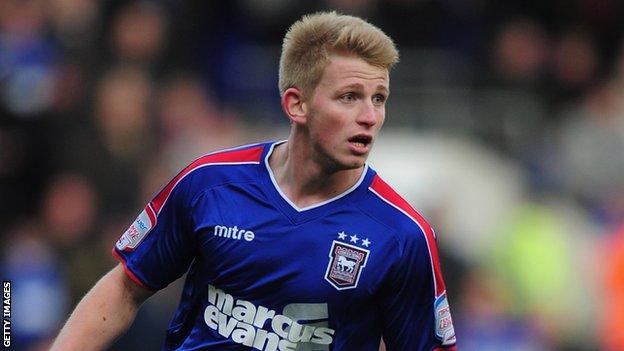 Hyam, 21, came through the Tractor Boys' youth academy and made 32 appearances last season.

And after playing in all four of their games so far this term, he has signed a deal until the summer of 2016.

Meanwhile, 17-year-old winger Adekunle has been given a one-year contract at Portman Road.

Adekunle played against the Tractor Boys for Crawley during pre-season and has recently been training with the Championship side.

"The manager has given me a chance here, so I want to do well for the club and I'm just buzzing for the new season here really."