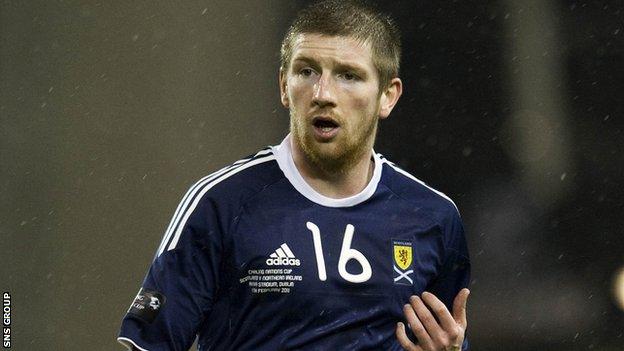 The 29-year-old has agreed a contract until the end of January.

"He will enhance our squad and his versatility is important," manager Jackie McNamara told the United website.

"Mark brings experience and ability to the squad. The short term deal will give him an opportunity to show there are no fitness concerns.

"He is comfortable at right back and left back and also gives the option of playing in front of the back four. He is the type of player who will help us get control of the ball and settle us down when required and I am delighted he has signed."

Wilson joined Bristol City on a free transfer last summer and started just eight games before leaving at the end of the season.

"Tannadice holds great memories for me as I had great times here as a young player," he said.

"I am coming back as an older, more experienced footballer. I know I can be a useful asset for Dundee United and I cannot wait to get playing again.

"I hope this deal leads to a longer term deal as there is no doubt I play my best football when I am settled."