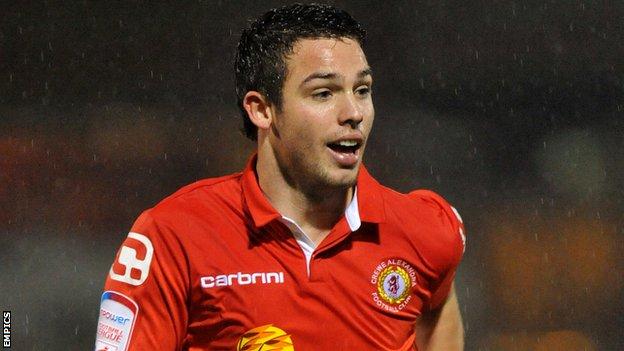 Crewe Alexandra have completed the long drawn-out signing of Brad Inman by bringing in the young Newcastle United midfielder on a three-year contract.

The 21-year-old Australian still had a year left on his contract on Tyneside.

But eight goals in 26 games on loan for Crewe last season has led him to choose regular games in a lower division.

"Not many players turn down a Premier League club to drop down to League One. It takes a lot of guts," Crewe boss Steve Davis told BBC Radio Stoke.

"He has the potential to develop into a very good player and I think will prove a great signing for the club."

"To those pessimistic supporters who didn't think it would happen, they should have a bit more faith in the club," added Davis.

"We've worked very hard on trying to bring Brad into the club.

"It has been complicated with the negotiations and a long drawn-out process but Brad wanted to come here and we wanted him here, so we did we all could and had to remain patient.

"And, having a club backing you 100% when you target a player makes your life much easier."