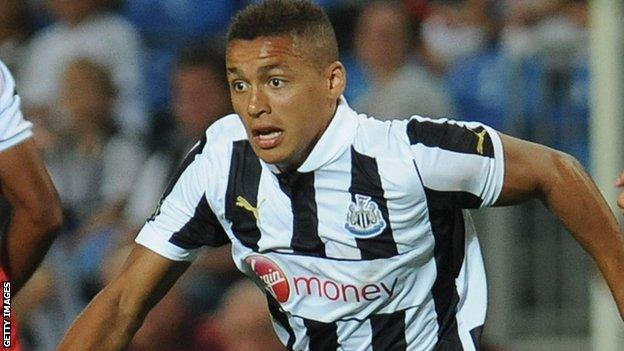 Shrewsbury Town manager Graham Turner has been forced back into the transfer market following an injury to on-loan defender James Tavernier.

After playing in Town's first two games of the new campaign, the 21-year-old Newcastle United right-back has missed the last two with a foot problem.

And he is now to undergo minor surgery to have his metatarsal pinned.

It looks as though James Tavernier has got to have surgery, so obviously he'll be out for some time with that one

The 29-year-old Irishman played for Town's reserves in a 2-1 Central League win at Morecambe on Monday night.

"He hasn't got a club and he's with us the full week," said Turner. "We'll see how things transpire.

"But Connor Goldson had probably his best game at right-back on Saturday against Swindon and he's staking a claim.

"It's a previous injury which has reoccurred for James Tavernier.

"It looks as though he's got to have surgery on it, so obviously he'll be out for some time with that one."

Tavernier's return to Tyneside comes on top of Shrewsbury losing another of their loan men, Akwasi Asante, who has been recalled by Birmingham City.

Bradford-born Tavernier, who previously had loan spells at Gateshead, Sheffield Wednesday, Carlisle and MK Dons, became Town's second loan signing of the summer when he arrived just eight days before the big kick-off.

Only nine of his 54 career appearances so far have been for the Magpies, with whom he signed a new deal last summer, tying him to St James' Park until 2015.