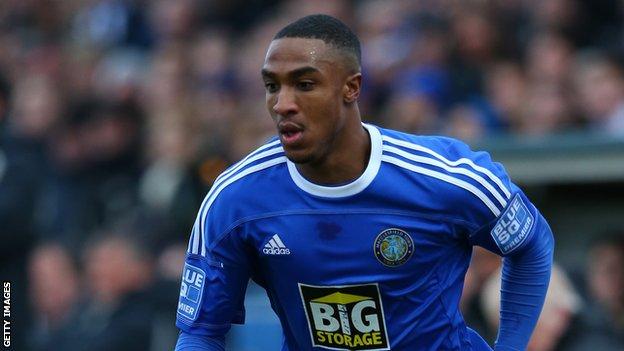 Cheltenham have signed Craig Braham-Barrett from Macclesfield on a free transfer until the end of the season.

The 25-year-old full-back was initially signed by the Robins in July on a loan deal until January.

But after starting all four of Cheltenham's games this season, the defender has now made a permanent move.

"He has done well since joining us on loan and there's a lot more to come too," Cheltenham manager Mark Yates told the club's website.

"We like what we've seen and it's great to sign Craig permanently. It was the right move for ourselves, Macclesfield and Craig himself.

"The hard work starts here and Craig is ready for that."

Braham-Barrett made 45 appearances for Macclesfield last season - - and helped the Silkmen reach the fourth round of the FA Cup.

He was recently placed on the transfer list by the Conference Premier side.