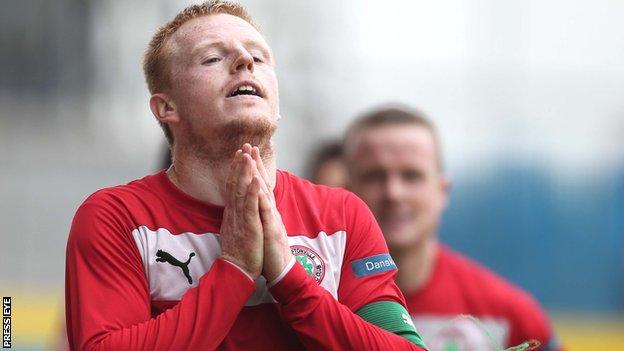 Cliftonville captain George McMullan will hope to be back in action in the coming weeks after scans revealed that he has not sustained a cruciate ligament injury.

McMullan limped off in Cliftonville's opening Premiership win over Ards and there were fears that he could be ruled out for most of the season.

"Got good news that I haven't done my cruciate," said McMullan on Twitter.

The veteran midfield was ruled out of Cliftonville's 4-2 win over Linfield on Saturday which kept the Reds on top of the table.