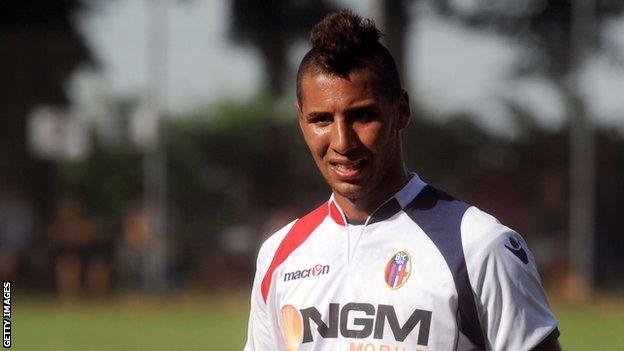 "What does Inter mean to me? A great team that has won everything. I'm happy," Taider said on his arrival at Inter.

The deal between the two sides is believed to have cost Inter around US$7.3 million.

The 21-year-old was born in France but has opted to play for Algeria.

He scored Algeria's goal in their 1-0 win in Rwanda in June's 2014 World Cup qualifier that secured the Desert Foxes' place in their final round of 2014 play-offs.

He will join his Algerian team-mate Ishak Belfodil at Inter Milan next season.

Taider began his career with French side Grenoble, where he spent just one season before signing for Bologna in 2011.

He went on to make 51 appearances and scored 5 goals in his two seasons at Bologna.