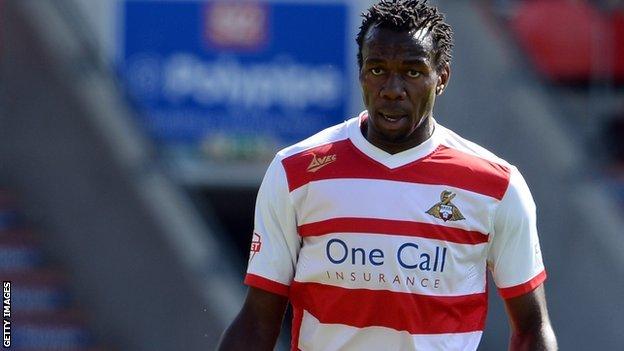 Doncaster Rovers defender Bongani Khumalo believes the squad are capable of challenging at the top end of the Championship table this season.

But Khumalo told BBC Radio Sheffield: "I think we can go all the way, we're as good as anybody else and we'd like to surprise some people this season,"

"Promotion is the golden prize and if you work hard and have believe then you have a chance."

The 26-year-old South African international, who is on a season-long loan from Tottenham says the team will take the positives from their performance against title favourites Latics.

"We'd have taken a point before we came here but when you're 2-0 up you're disappointed not to win," he said.

"Everyone was fully committed to the cause, we created a lot of chances and we've done well in the circumstances."

He added: "I don't mind if we're the underdog all season as long as we get to a good position at the end."

Paul Dickov's side travel to Charlton, who are yet to register a league win this season, on Saturday.