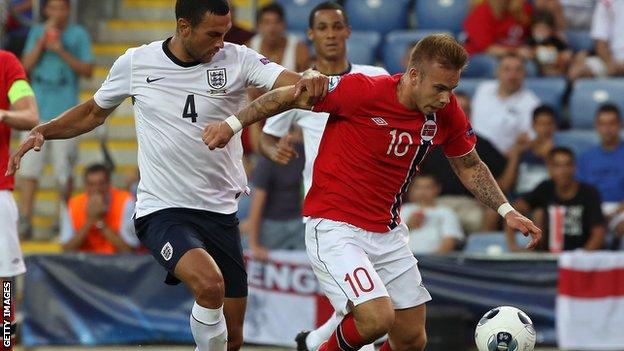 The 23-year-old, who has won two senior caps for his country, led the line at this summer's European Under-21 Championships, and started in Norway's 3-1 victory over England.

He played in Vitesse's first two Eredivisie games this season, but was left out against Roda JC last Saturday.

Barnsley manager David Flitcroft has been openly pursuing striking reinforcements in recent weeks, having failed to agree a fee with Hull City for Aaron McLean.