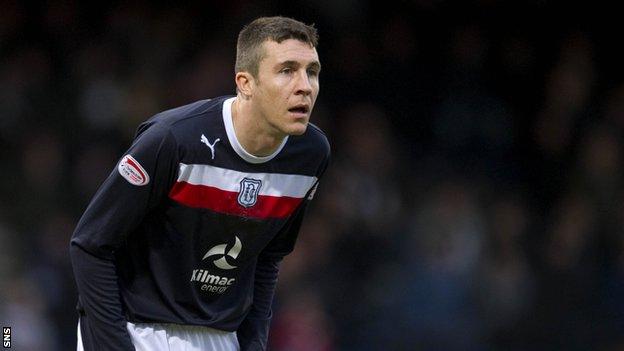 Much-travelled striker Colin Nish has signed for Scottish Championship outfit Dumbarton as a player-coach after being .

The 32-year-old will be in the first-team squad as well as being in charge of the club's under-19 squad.

Dumbarton manager Murray said: "In Colin we have a player who has a great knowledge of the game and he's proven himself at the highest level."

"He'll be a good influence on our youngsters and will be our new manager of the under-19s team working alongside our coaching staff," Murray told his club website.

Nish began his career with Dunfermline Athletic before spells with Alloa Athletic, Clyde, Kilmarnock and Hibernian.