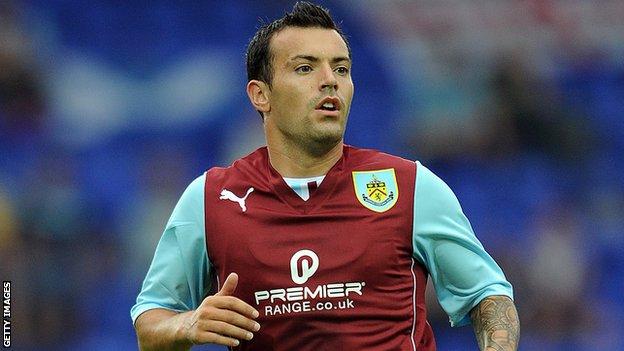 Burnley winger Ross Wallace is set for knee surgery that is expected keep him out of action for several months.

The Championship club confirmed Wallace was suffering with the problem last season and is to have an operation to repair any "wear and tear" damage.

"It's unfortunate for Ross. He came back from pre-season flying and we didn't expect any problem," boss Sean Dyche told the club website.

Footballers put the body through a lot of stress and, over time, there's wear and tear

The single-cap Scotland international joined the Clarets in the summer of 2010 and has started all four of Burnley's games so far this season.

Dyche continued: "He did have a niggly knee last season, but we felt we were on top of it and so did he. It has just gathered a little bit of pace and got too sore to continue, so it's about time he had something done about it.

"It's certainly going to be weeks and could be a few months. It's part of the body's make-up. Footballers put the body through a lot of stress and, over time, there's wear and tear.

"Ross needs this sorting out and we felt it was appropriate to get it sorted straight away."

Burnley, who have taken seven points from their first three league matches and have also progressed to the second round of the League Cup, travel to Brighton on Saturday.