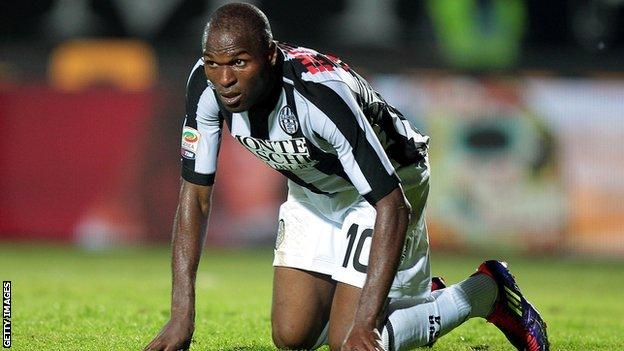 Switzerland international Innocent Emeghara is a possible target for Celtic as the Scottish champions seek to strengthen their striking options.

He scored seven goals as the Tuscan side were eventually relegated from Serie A.

Capped nine times at senior level, Emeghara featured for the Swiss Under-23 side at the 2012 Olympics.

Last season's top scorer Gary Hooper left Celtic to join Norwich City in July and Neil Lennon has thus far been unsuccessful in his attempts to bring a new striker to Glasgow.

and have also attracted interest from Celtic.