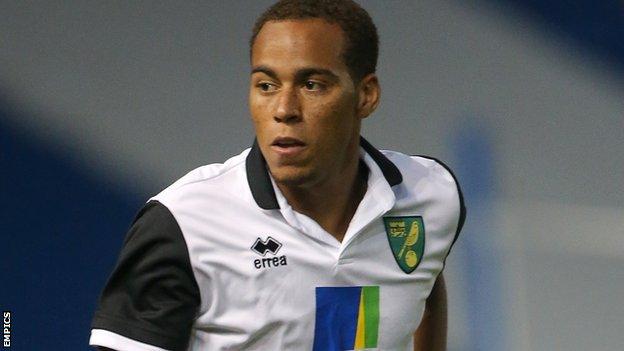 The 24-year-old, injured in will be out for "a number of months", the club say.

"It's a blow because it wasn't one he initially felt during the game," boss Chris Hughton told BBC Radio Norfolk.

"But it's one that needed surgery and he'll be out for a period of time. He'll be a loss but the initial thoughts are for the player."

Signed from Brighton in 2011, Bennett played 28 times last season, including 12 starts, as the Canaries secured Premier League survival for the second successive season.

Hughton does have options out wide for this weekend's trip to Hull, with Robert Snodgrass and Anthony Pilkington returning to training, while defender Sebastien Bassong is also in contention.

However, summer signing Gary Hooper will have to wait for his debut as he continues to recover from

"He is making progress on it and it is improving," said Hughton. "It's not something that's going to be long term."