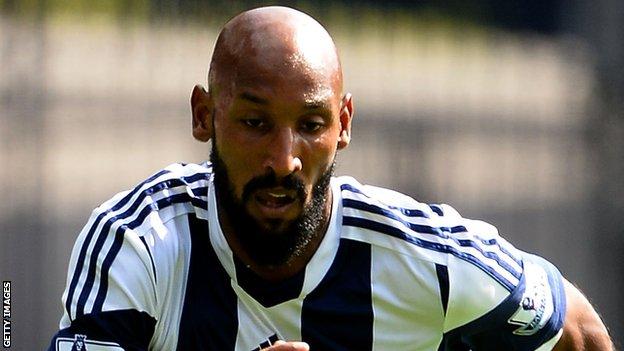 Striker Nicolas Anelka has been given indefinite compassionate leave by West Bromwich Albion following the death of his agent Eric Manasse.

Anelka, who joined the Baggies in the summer, made his competitive debut in Saturday's 1-0 defeat by Southampton.

But the 34-year-old Frenchman will sit out Saturday's game at Everton, with reports he is considering retirement described as premature.

He said on his Facebook page: "I cannot find the words to express my sadness."

He claimed Premier League titles with Arsenal and Chelsea and has also played for Liverpool, Manchester City and Bolton.

The striker also won the Champions League in 2000 with Spanish giants Real Madrid.

He added: "I am shocked by this news that has affected his friends and family. Eric will leave a huge hole in our lives.

"I send my condolences to the Manasse family after his tragic death."