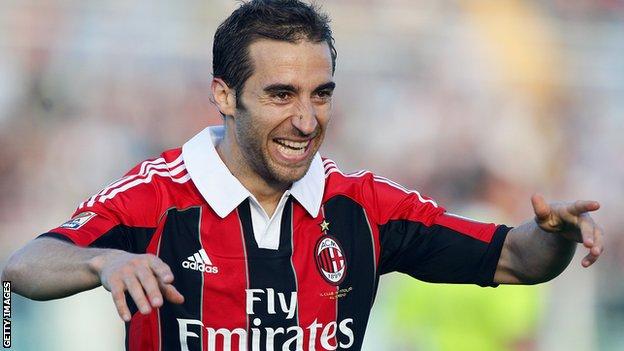 The 29-year-old France international, who spent four years at the Gunners from 2004 to 2008, was released by AC Milan in the summer.

Flamini had been training with the north London club in recent weeks.

Arsenal manager Arsene Wenger said: "He is a player of real quality, with a fantastic work rate and great mentality."

"He can play as a defensive midfielder or provide cover for first-choice full-backs Bacary Sagna and Kieran Gibbs.

"As we know, Mathieu is a strong midfielder, but is also comfortable playing in defence too. He is a very good addition to our squad."

Capped three times, he made 102 league appearances during his first spell in London after joining the club from Marseille.

Flamini joins Auxerre forward Yaya Sanogo, 20, as the only new signings at Arsenal so far this summer.