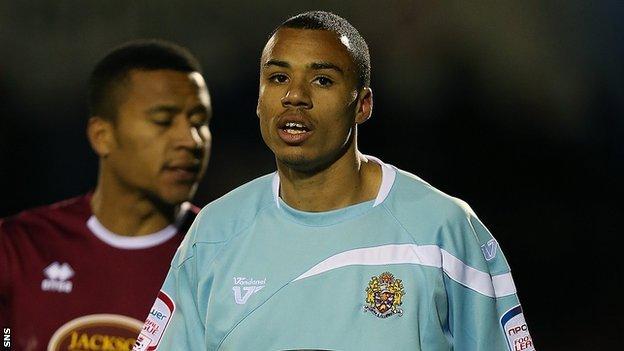 St Mirren manager Danny Lennon is considering whether to take Blackpool's Jake Caprice on loan after the midfielder spent a week on trial.

The 20-year-old had a last season and played for Crystal Palace before joining Blackpool.

"When we see him in a game, we will make that decision on him. He has settled in very well."

The Buddies have taken one point from their opening two Scottish Premiership matches and Lennon says he will only sign players he believes can enhance his squad.

"With the window still being open, there are a lot of phonecalls and a lot of emails going back and forward," he added.

"It's important, if anyone comes in, that we make sure it's the right one for us.

"We want to make sure that player is going to add to the good quality of players that we have and one that's going to improve us."