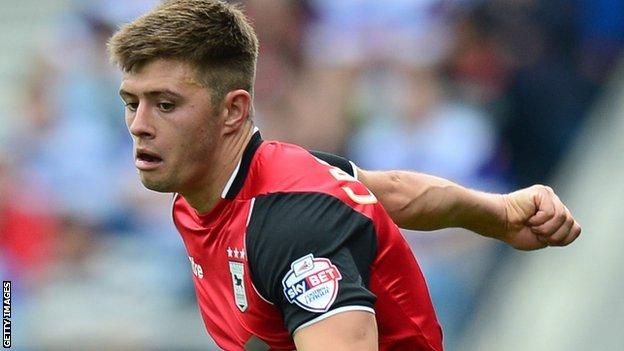 Ipswich Town boss Mick McCarthy has said there have been no offers for "best left-back in the Championship" Aaron Cresswell.

"I've heard nothing - only that people keep telling me it's in the papers," McCarthy told BBC Radio Suffolk.

"I keep hearing Crystal Palace are interested in him and that doesn't surprise me at all."

Cresswell, a signing by former boss Paul Jewell two summers ago, started all 49 games for Town last season - in fact, the full-back has missed just four matches since joining the club.

His form last term led him to be linked with Premier League sides,

"It doesn't surprise me, he's the best left-back in the league," added McCarthy.

"I'm not touting him around trying to sell him, by the way. But he's been excellent.

"Am I fearing losing Cressy? No. I certainly don't want to. I can't give him any higher praise.

"It would dent what we're trying to do - I'd have to go get somebody else."