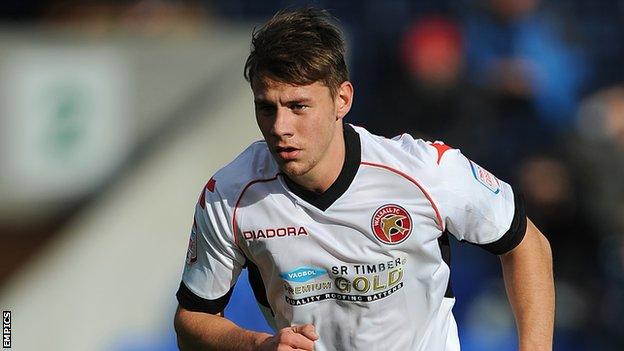 The 21-year-old for the League One club last season.

Bowerman came through the youth ranks at Walsall and, after made his debut for the club in August 2011, went on to feature 59 times during his spell at the Bescot Stadium, scoring 11 times.

He is available for Woking's match at home to Welling on Saturday.