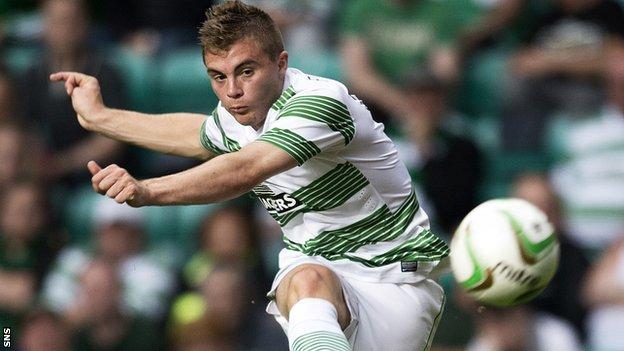 Celtic and Scotland midfielder James Forrest is to see a neurologist in a bid to resolve a sciatica problem.

"He is dragging his leg a bit now and it is definitely holding him back a little bit," said manager Neil Lennon.

"We're going to try to get to the bottom of it because the kid has been plagued with injuries for the last eight to 10 months.

"It is a real shame because he is such a magnificent player and when he is in full flow he is such an asset for us."

Forrest, 22, who has scored twice this season, has been included in the Scotland squad for next month's World Cup qualifiers against Belgium and Macedonia.

Dylan McGeouch is a possible replacement for Forrest at Celtic but Lennon suggested the 20-year-old could be allowed to go out on loan.

"We haven't talked about that but it may be an option later in the month," said the manager.

"The kid needs to play football and if we feel he may not get enough football here then maybe there is an opportunity to go on loan, but he is determined to make his mark here."