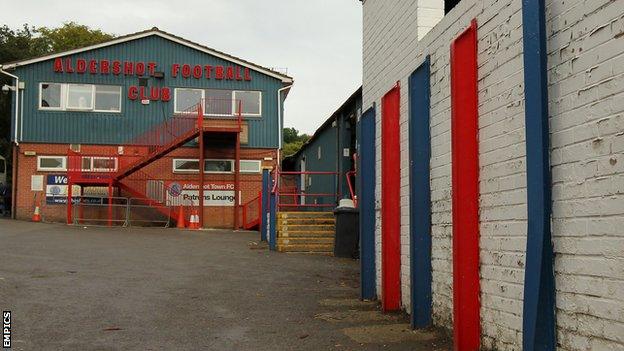 The 18-year-old winger moves to the EBB Stadium on an initial one-month deal.

The Isle of Wight-born player joined Pompey's academy aged 10 and made his first-team debut for the Hampshire club in the League Cup last August.

In total, he made 10 appearances for Portsmouth last season. He is available for Aldershot's trip to Salisbury City on Saturday.