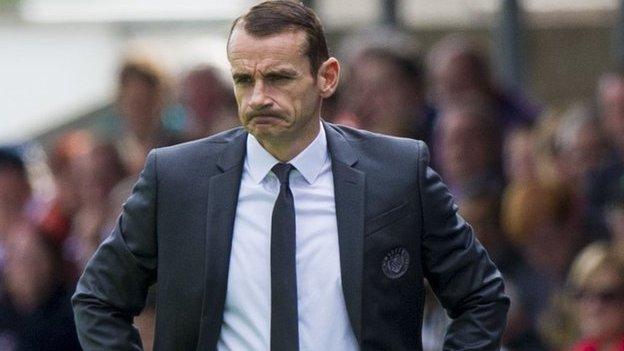 St Mirren manager Danny Lennon hopes to sign a striker over the next few days.

After losing to Ross County, Lennon revealed he may also bring in Blackpool midfielder Jake Caprice, who had a trial spell in Paisley.

"He did very well in the week that we had him and it's a conversation I'll have with Blackpool," Lennon said. "There's certainly been correspondence.

"We've also got one over from France - a striker - that we hope to complete in the early part of next week."

And Lennon admits a shortage of players capable of regularly finding the net is a concern.

"It's certainly something that we're needing at this present time and if we manage to do that it'll help us get over the problem that we have just now," he told BBC Radio Scotland.

"We tried to own the ball and manipulate the ball and do everything with it. The only thing we didn't have was an end product.

"I've got players there that lacked concentration today and we were punished three times from that."