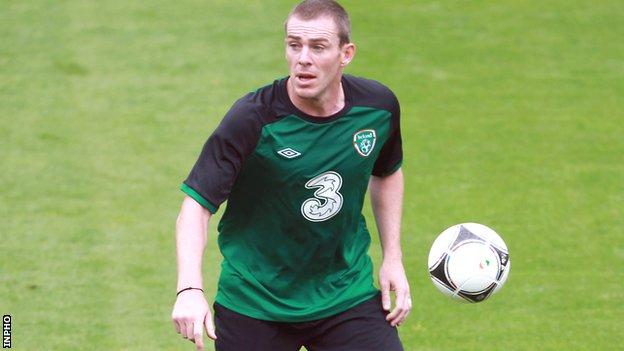 Republic of Ireland defender Richard Dunne has returned to the squad for the World Cup qualifiers against Sweden and Austria next month.

The QPR centre-back, 33, has regained full fitness after missing all of last season because of a groin injury.

Norwich midfielder Anthony Pilkington has been handed another chance to make his debut after pulling out of several previous squads because of injury.

However, there continues to be no place for Wolves striker Kevin Doyle.

The Republic take on Sweden in Dublin on 6 September before a meeting with Austria four days later in Vienna.

Giovanni Trapattoni's team lie fourth in Group C but only trail Austria and Sweden on goal difference, with second place likely to be enough for a play-off spot.

"We have reached the most important part of our qualifying campaign," said the Republic boss on Sunday.

"The team performed very well against both Sweden and Austria back in March. We will look to emulate both performances, and build towards producing two positive results.

"Sweden and Austria are two very strong teams, and the qualifying table proves this.

"However, I believe these players have the mentality, attitude and composure to work together and get the points we need in order to qualify.

"We will prepare for both games next week and focus on the task facing us."