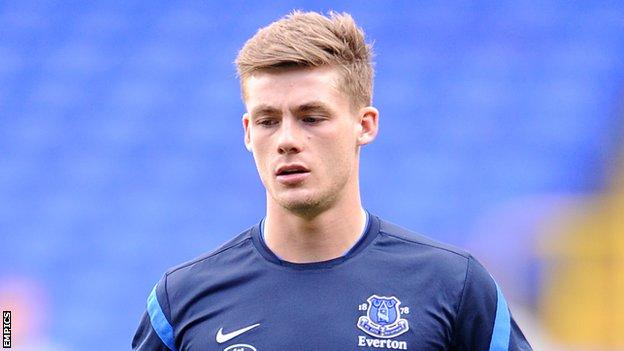 On-loan Brentford striker Conor McAleny has confirmed that he suffered a broken leg in Saturday's 1-0 win over Walsall.

The 21-year-old was carried off on a stretcher after 10 minutes following a challenge by Adam Chambers.

McAleny, on loan with the Bees from Everton until 6 January, was making his fourth appearance of the season.

We will give him all the support we can and hopefully he will come back soon.

"Absolutely devastated about breaking my leg. Never been this down in my life. No point dwelling on it because that's football," he wrote on Twitter.

"And these things happen. I know for a fact I'll come back a stronger person physically and mentally."

"We were all shocked. I was speechless," said Rosler.

"I feel for the lad. He is a very promising player and a very good character. We will give him all the support we can and hopefully he will come back soon."